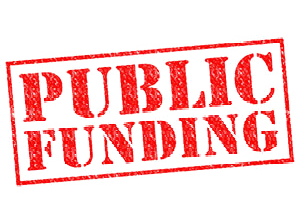 We've said that two of the most elementary observations that can be made in the field of monetary economics are:

- Every country should have a debt-and-interest-free national currency base.

- All households and all governments should have access to interest free financing.

And that's because money is created in two spheres:

Both of which should be democratically legitimate at their foundation.

In our first bite-sized piece, we looked at the basic foundation of money and saw why all households (and all governments) should have access to money/credit interest-free (0% + fees). Let's now look at the creation or facilitation of a democratic, reliable national base currency.

It would be pretty straightforward to simply state that every country should have a democratic, debt-and-interest-free national currency base and leave it there. Who would disagree? Most people, if they were to analyze their thinking, would assume that something like that is already the case, that governments create money democratically... because that's what they're there for.

And the idea that governments should have to 'borrow' a national currency base, into existence, as a debt repayable with interest, is illegitimate on its face.

But it's worth exploring more and seeking greater clarification around the nature of these processes and the relationships they engender. Furthermore, we might still ask: If money is inherently debt-based, then would a publicly-issued currency base still be a public debt? If so, to whom?

When we looked at private sector money creation for households, we saw something that should be democratically legitimate but in practice wasn't. Households' access to money (to money creation) is presented to households as 'loans' of already existing money. This allows the financial sector to achieve steep supernormal profits by taking interest, as "compensation" for those "putting up" and "foregoing use of" their money. Well, the same structural relationship exists for national governments too. National governments, just like households, 'borrow' money into existence from banks (albeit central banks in this case). Thus they enter into 'lender-borrower' relationships in which monies are recorded as debts to be repaid, along with interest as compensation for lenders for the foregone use of loaned money. Just as it was for households, this process constitutes the public sector's contribution to the money supply.

So, despite the apparent impropriety of this arrangment, one thing we can say is that it is at least consistent: Money is created for both the private and public sectors the same way: Through bank 'loans'.

In some ways this shouldn't surprise us. We saw how banks create the private sector's contribution to the money supply. And we've seen that money is, fundamentally, transferable records of debt which are given their life within the banking system. Thus we've seen that money is, for the most part at least, "a creature of the banking system" - something that contrasts well with the popular belief that money is a "creature of the state". So the idea that public money creation might also be taking place through banks is perhaps not entirely surprising.

But we should be surprised that governments too, like households, must 'borrow' money into existence as 'loans' repayable with interest. These debts are expensive and they weigh heavily on national finances all over the world, resulting in the run-down of public services ('austerity') and the transfer of money and assets from unfairly indebted public sectors to those taken to be "lenders" to the state.

Unsurprisingly, this is simply one of those areas where the public sector is a special case. And we can arrive at the same conclusion no matter what concept we have of money (e.g. chartalist, or debt-based...) so long as we believe money can be issued democratically by or for national public sectors.

We instinctively feel that when money is created for ordinary people, like you and me, we must honor it - that is, we must pay it down again. But not, of course, because it was "someone else's money". The money was created when we needed it and never belonged to anyone prior to that. The reason we must pay this money back comes down to a general sense of fairness and the fact that if everyone could go into debt (which creates money) and not honor it, then we'd all drown in a pool of money growing bigger and bigger without any reciprocal effort to pay it away again.

We pay money back to the financial system, not because it was "someone else's money", but to maintan:

But... should we think of money issued/created that way as a debt, in the same way we understand it is a debt for households?

Well, as stated, it must be a debt either to the holders of currency (because they are holders of these articles of so-called government debt), or to society as a whole (because that's who issued and gave primary legitimacy to the currency in the first place) - groups which may in fact be largely indistinguishable. If we take it to be a debt we owe to society, then it is a debt society owes to society, "a debt we owe ourselves"... which surely cannot be described as a debt at all. What does it mean to say that you owe yourself $100, or an ounce of gold? If we take it to be a debt to the holders of currency, then what would we owe them? We would owe them the acknowledgement and respect of their legal titles and their ability to redeem those titles on the system; we owe it to the holders of money to accept their money in payment for goods and services - and note, that's across all of society, not just 'taxes'. But this latter kind of debt is in fact not what we saw with households.

In the case of household debt, we saw it was a very active obligation. Households are obligated to go out and recover the money their debts created in order to pay it away again. And that was to maintain the fairness and stability of the system. It would be no good at all if such debts were passive: a debtor could simply indebt himself for a large sum and then spend that money lying in luxury on a tropical beach. He could claim to be "willing to accept common currency in return for his efforts", but then choose to spend the rest of his days making no effort at all. Clearly, no system could work like that.

So we've reached a logical dead-end and unless someone has a very good reason to make a government do what households have to do (i.e. pay out of existence all the units of currency they create), then these cannot be equivalent obligations or debts. Indeed, governments appear to have a very much contrary obligation: to provide a persistent currency base that allows people to make savings, immune from banks' demands for repayment. That wouldn't be possible if every unit of currency in circulation were a debt that someone insisted had to be paid away again.

In the case of households, we saw that they did indeed have an obligation "to recover all the units of currency they create and pay them away again." But in the case of nation states, there is no such corresponding obligation. The most we can say, I think, is that they have an obligation to do all that is possible to maintain the system in its stability and fairness. These are two very different obligations for two very different entities: individuals vs the speical case of all of us together as a whole.

I think we can state, with confidence, that the closest we can get to the idea that publicly created money might be a debt is to say that it is a "debt we owe oursevles", therefore in reality not a debt at all. We've seen that governments have clear obligations when it comes to money, but this is very different to believing or announcing that this money is still somehow a debt.

And that is true whether you accept money is debt-based (you should) or choose to believe it is or should be chartalist. While society clearly benefits from knowing how much money a public sector has contributed to a currency's overall supply, there is just no reason to record that issuance as a debt.

And we shouldn't let an overzealous attachment to banks' balance sheet accounting conventions lead us astray either. There's no reason for public central banks to record this money as 'liabilities' and there's no reason to 'balance them off' against interest bearing government assets either. Even if we accept the terms 'assets' and 'liabilities' to describe the creation and circulation of money, the public sector is an obvious special case and we shouldn't expect the government's bank to account for itself the way a private commercial bank does.

Let's tie this up with an outline of 4 different types of debt that we see again and again: 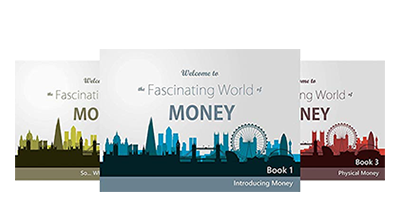 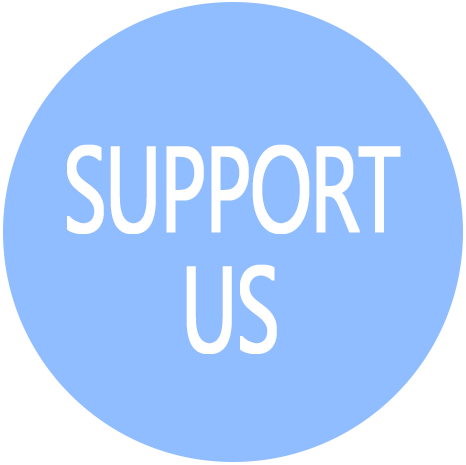